it is now o'clock

Now is always the time to add healthier habits to ones life and we tried to go totally plant-based a few years ago and lasted for about 2 months...
Read more

Today I had a text from my honey that said "Talking at work about how people like their steaks"...
Read more 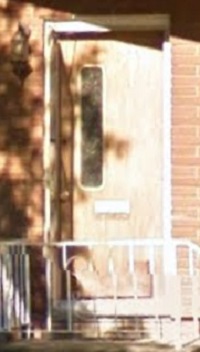 Being a Paper Girl in the Seventies

I grew up, the youngest of six, and the last in line to inherit the paper route. Every one of my older brothers and sisters had a paper route and just because I was last, and younger by 8 years to the next, didn't mean I was exempt. In fact, we had moved by the time it was my turn and so I had to walk almost a kilometer, uphill (both ways lol) to get to the route. In those days and that town, the papers were delivered 6 days a week and in the afternoons, after school, not in the mornings, thankfully!!

Here's the kicker, I was only 9 years old when I started the route. Because it was the norm, in my family, to do this, no one thought twice about my age and I was always tall so looked and felt older than my years most of my life (until now).

Our family lived very close to the paper delivery routes that my brothers and sisters had and after we moved, a kilometer away, my route was 'down the hill' from it. This meant that in the winter time it was dark by 4:30 and so the walk home was in the dark, through a snowy unlit path and then up 7 sets of stairs, also unlit. This was not unusual back then and I shudder now to think of nine year old me making that trek alone.

Having mostly apartment buildings, on my route, meant that although most of the deliveries were inside it also meant that the turnover in the apartments was much higher than in an equivalent route of detached homes. Keeping track of these turnovers was vital especially when leaving on vacation or returning from one. This "list" became the topic of many nightmares in subsequent years as in my dream I would be returning to my delivery route and the list was absent, leaving me to have to try to intuit if a paper had to be delivered at each apartment door. This was happening even up to 20 years after I no longer delivered papers and was a source of much anxiety. Another aspect of nightmares was that the apartment buildings would change their configuration. There would be more floors or the elevator, in the largest building, wouldn't stop at the right floor. Towards the last year or so there was a section of newly built semi-detached homes nearby that became part of my route and so more 'unfamiliarity' added to the stress.

"Collecting" was another source of stress as part of my route included families that were not well off and paying the papergirl was not high on their list of priorities. If I recall correctly, the paper was 60 cents per week and I was supposed to collect, door to door, every two weeks and pay the bill that was sent by the newspaper company. Sometimes people's bills were up to $2.40 or $3.60 or higher and soft-hearted me couldn't stand telling them that they owed that much so I would make it less and suffer the loss myself.

In apartments it is not as easy to tell when someone was home or not as they often would just not answer the door at collection time. What they didn't know was that I have very sensitive hearing for high pitched sounds and in the 70s television, when they were on, emitted a high pitched hum even if the volume itself was turned down or muted. I always knew they were really home

Anyone who had a newspaper delivered in those years will remember that each customer had a card that we kept, on a ring, and we punched a whole on the date when it was paid. The punched piece of card would fall on the carpet/ground and that was another source of stress as I always tried to make sure they landed inside my canvas paperbag instead of on the floor as the superintendent was not the friendliest and would find any excuse to yell if they found even one of them on the carpet. This may seem trivial and yet when you are 9 or 10 or 11 years old, having an adult yell at you was not very much fun.

One of the buildings I delivered to was a fourplex which means that each of the entry doors was separate from the others and two of them very above ground and two were basement apartments. The upper apartments were accessed by a set of steps and there was a slot in the door for the paper to be slid through and there was a narrow window in the upper half of the door. Inside one of these apartments lived a man who must have been an exhibitionist as he would sit in a chair, just inside the door, in a short bathrobe that was often not closed all the way. He would also come to the door, at 'collection' time, dressed similarly and more than once there were manbits which I studiously ignored. Now I realize it was a form of sexual abuse as I never told my parents about it because I knew it would cause a ruckus and I thought I could handle it, and I did. Not the wisest of choices, on my part, but it does show that this kind of thing can happen and a child may never tell.

Most of my customers were kind and friendly and paid on time and I learned early on how to get along with others much older than myself and to adapt to a variety of situations. I am not sure that I learned a lot about handling money (other than being a whiz at rolling coins) as I spent a good deal of the money, in my pocket, at the nearby convenience store on Sweet Tarts, Milky Way chocolate bars, strawberry puffed candy, Sponge Taffy and chips. Even though it wasn't really on my way home, I would go out of my way to go there and then take longer to get home so that I could eat the junk food as I walked. This is where a lot of my earnings went, as opposed to a friend of mine who actually earned enough, from his route, to buy a car. He kindly gave me a ride to high school quite often and that was much appreciated as it was a mile away and also down the hill.

I loved collecting at one time of the year - you guessed it - Christmas time. Some customers would be so thoughtful and generous and others didn't even acknowledge it. Pretty much the same distribution as kindness in life in general. Some would have a card prepared with money inside. Some would have an actual gift of chocolates or the like. Some would just give an extra generous tip. Christmas was also special for me in that I loved to count the number of door decorations that people would hang. There was a thrill seeing the first one go up in the month or so before Christmas and everyday I would track, just in my head, the number of new ones.

Eventually, after about 25 years, I had had enough of the nightmares and I decided to try to put them to rest by visiting the largest of the apartment buildings and viewing the buzzer/name list in the front entrance. While I was standing there, just looking to see if any of the names were still familiar, my 'fav' superintendet actually came and opened the locked inner door and said (nasally) "May I help you?". Grrrrr I can't believe that on that day at that moment she just had to be hanging around the lobby.... I politely said "no" and briefly explained why I was there and turned and walked out. Thankful to say that I haven't had another nightmare since, at least one that involves my paper route and so sometimes it may be a good idea just to face those demons.

SpiritualMatchMaking.com is the main sponsor of this website. Are you part of the over 50 crowd? There are lots singles, in our age group, on the site. Be sure to take a moment and visit the site and see what new friends might be out there for you.

Looking for a soulmate that lives a plant-based whole foods lifestyle? or a vegan or a vegetarian? Visit our sponsor SpiritualMatchMaking.com.